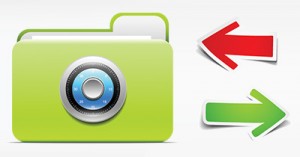 After more than two decades of its existence, the web is now facubg serious security issues. In this a hostile and unpredictable environment, it is the  web hosting providers who need to shoulder the burden of keeping the integrity of web site contents and shelter them from negative influences.

In a response to the recent online security crisis caused by bugs like ‘Heartbleed’ and the massive WordPress brute-force attack, we are now in the process of reviewing and improving the overall security of our web hosting services so we can guarantee you the protection of your web sites and applications.

As far as encrypted transmission of data over the HTTP protocol is concerned, we offer you a few SSL options that will allow you to transmit sensitive data on your sites over a secure connection. We’ve recently added an option to activate an SSL certificate by using a shared IP address for free, so as to make this option affordable to anyone. You can find it in the Hepsia Control Panel "Add/Remove Services" section.

To ensure an encrypted transmission of data over the FTP protocol, we have so far offered users access to sFTP – a security extension to FTP that allows customers to make a file-transfer-protocol connection with our servers by means of SSH.

Now we have enabled FTPs – another security extension to FTP, which uses SSL encryption to protect data as it is transmitted over a network.

In contrast to sFTP, which is accessible only to SSH users, the FTPs protocol is available to anyone who uses an FTP client.

To take advanage of FTPs, you will first need to make sure that your FTP client supports SSL encryption and then simply use the special FTPs server that is found next to the regular hosts for your account:

We are working towards enhancing the email protocol as well. We are planning to review the current implementation of POP3s, IMAPs and SMTPs – the basic mail service encryption technologies, on our platform so as to make sure that they come up to the latest security standards.

Also, in the long run, we’ll be focusing our server network administration efforts on the implementation of DNSSEC – a security extension to the Domain Name System (DNS), which was created to address vulnerabilities in the system on a global level.